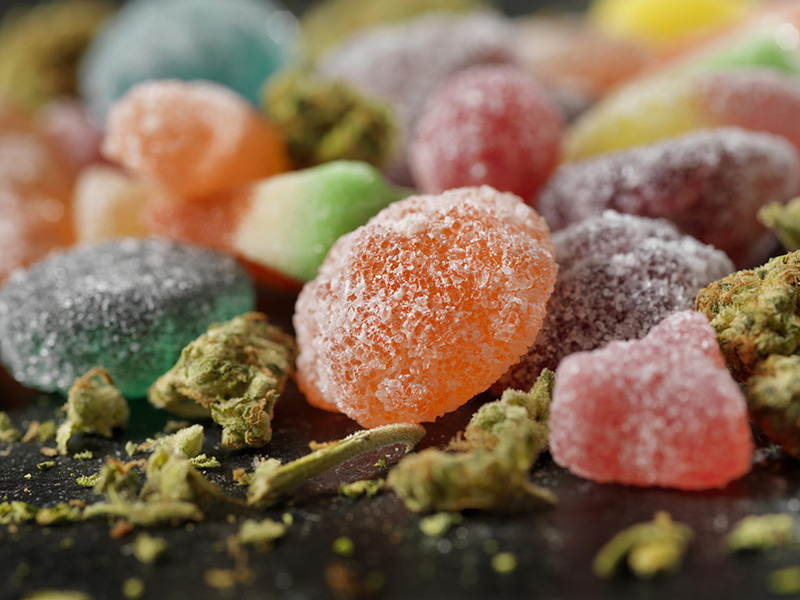 And the best part is that there are oceans of opportunity for anyone to be the next cannabis version of Nestle, Pepsi, or Wrigley. Let’s take a look at how we came to this conclusion of the future largest edibles market in the United States.

Edibles are no longer limited to homemade brownies and cookies. Edibles today include gummies, breath strips, chocolates, beverages, mints, gum, popcorn, potato chips, etc. – if you can imagine it, someone can make it. 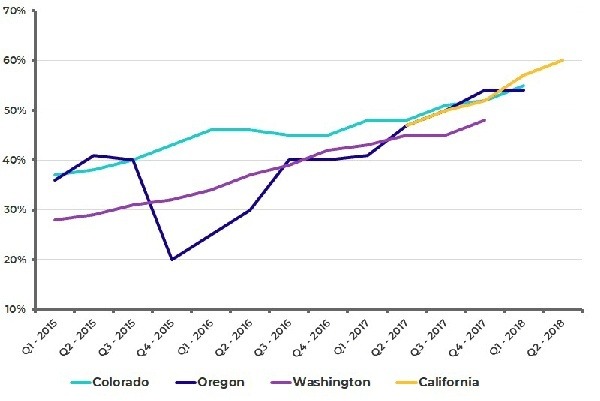 When a state legalizes cannabis, the American hallmark of innovation, free expression, and creativity shine brightly in the edibles market. Edibles sales in America exponentially rise when a recreational cannabis industry grows. The historical preference for cannabis flower takes a back seat for more convenient and discreet ways to ingest cannabis.

The reason is clear why this is the case too.

Smoking rates in America are falling with the adult smoking rate down to 15.5% in 2016 from more than 40% in the 1960s. But that’s not it, edible products are rapidly becoming the preferred product to sell due to a key driving factor…Edibles are the most profitable cannabis product to sell. 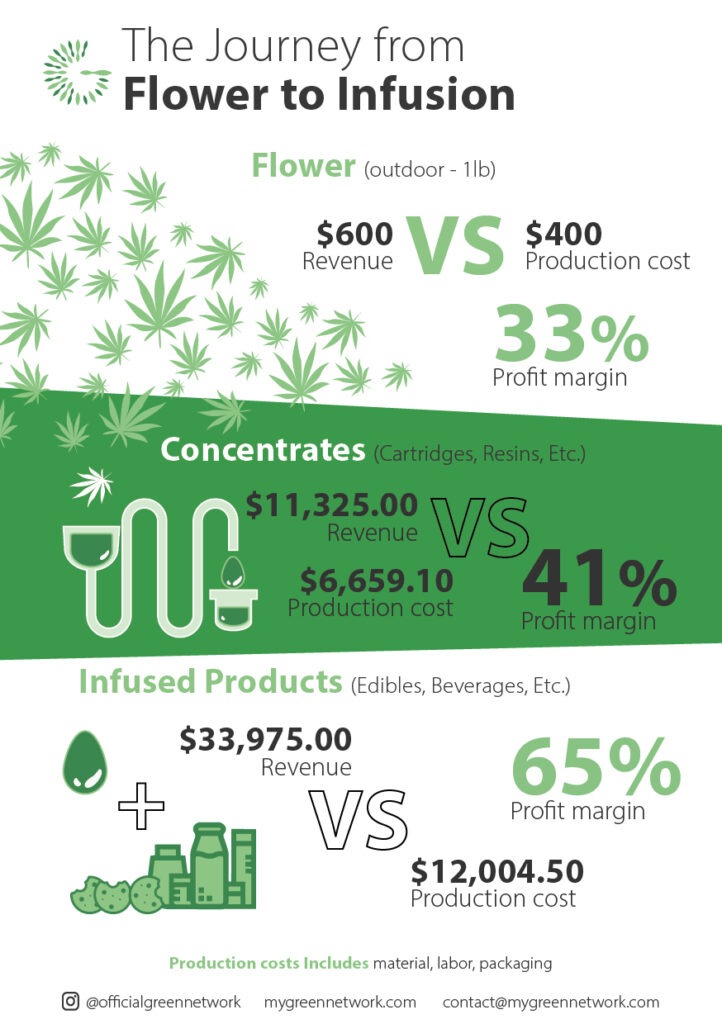 We’re extremely experienced in the legal cannabis industry with operator knowledge and know this is a chance that can’t be passed up. With this opportunity, it’s no wonder why billionaires are jumping into the edibles market like the billionaire Wrigley heir, Arizona Iced Tea, and other huge companies.

California is the Largest Edibles Market in the United States

We’re going to go over some mind-blowing, super fun facts here. With a GDP of $2.9 trillion, California would slot between Germany and the United Kingdom in the world’s top economies. California actually accounts for 14% of the United States entire economy.

The California population is estimated to be approximately 39.75 million making it the most populated cannabis market in the America.

California is the leading state in the United States for cannabis sales.

In 2018, California legalized cannabis and had $2.51 billion in sales eclipsing Colorado’s 6 year running cannabis market by 60% in the span of 1 year.

This goes into a really interesting statement that we have personally experienced.

As of 2019, California’s edibles market is still immature.

California only started issuing commercial cannabis licenses in January 2018. It is still an extremely immature market that is poised for explosive growth if we follow the edibles market trends of every other state that went recreational.

Cultivators begin harvesting and get a jumpstart in the market with easy to sell packaging. Manufacturers and distributors are learning how to make products.

The third year and beyond – branding and marketing starts with aggressive competition to be “the brand” for a particular edible product. Right now, California is in its 2nd year of true legalization. As a result – the edibles market is still wide open.

Los Angeles is the most populated county in the United States with over 10 million people.

If we’re talking about potential cannabis consumers, 85% of those 10 million are 21+ making it over 8 million potential customers.

Another fun fact is that “cannabis tourism” is quickly becoming a thing.

Los Angeles had over 50 million tourists in 2018 essentially 5x-ing the potential consumer market where people visit just to try California cannabis – known as the “best weed in the world”.

This makes Los Angeles the most populated cannabis county in the United States with the most aggressive potential cannabis tourism in the world.

So let’s recap. We said it and we mean it that Los Angeles is the largest edibles market in the United States, now and in the future.

In 2018, with only 9 recreationally legal states, a handful of medical states – cannabis products were being purchased every 8 seconds. In mature legal cannabis states (those that have legalized and operated for several years), more than 50% of their sales were from edibles.

WHY THIS TREND IS HAPPENING

This is heavily influenced by a clear trend by Americans to NOT smoke + edibles have the highest profit margins in the cannabis industry.

Let’s couple it with the purchasing power and the size of the edibles market.

Purchasing power – California economy vs all other Countries – ranked 5th in the world ensuring plenty of money to spend.

Population – California vs all other states – Rank #1 beating 2nd place Texas by over 26% with almost 40 million population.

Cannabis Sales – California vs all other states – #1 in America beating the longest running cannabis market (Colorado) by 60% in less than 1 year.

The best part? It’s pretty easy to enter this market.

You don’t need to be the Wrigley billionaire or the Arizona Tea with millions of dollars of funding. You don’t even need $100,000.

We already did all the heavy lifting and evened the playing field making it so you jump ahead of everyone else (including those billionaires) with a complete support system dedicated to your success.